Posted on November 28, 2017 by Nick and Tracy Civitillo 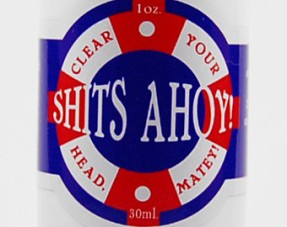 We’ve been experiencing some difficulty with completely pumping out the aft head holding tank lately, so after yesterday’s pump-out where we got about 25% of the tank pumped, we decided to hook up again this morning before departure and try to get some additional fill out of the tank so it will last longer. Colleen is the Dockmaster today and she has already been prepared for us to pump-out. Foster had warned us that she’s a rock star on the dock and she came thru as expected. Tracy is the pump-out specialist on Kailani, so she got into position, Colleen handed the line to Tracy and away she went with the pumping. She was able to get about another almost half the tank pumped, which is good for now, but eventually, this will be a nasty repair for me on my to-do list as it just should not be this difficult to completely empty the black water tank.    After the pump-out hoses were returned to their racks, I got Kailani ready for today’s five hour cruise to Annapolis while Tracy went into the office to chat with Colleen for a while as they hit it off talking about the Great Lakes and sea glass. Meanwhile, Foster called me again to make sure everything went smoothly this morning with the pump-out.

So a 9:45 am we were leaving the docks of Bohemia Bay Yacht Harbour after a very nice evening as their guest.

Today’s marine weather looks spectacular and we make our way out of Bohemia Bay at idle speed since the entire bay is six feet deep at this tide. Foster had told us that it’s all sand, so you just kick up a trail of dust if you bottom out, but we didn’t want to prove that theorem anyway, so we just cruised out of the bay at idle. Once we merger with the channel in the Elk River there was virtually no vessel traffic, no waves, no current and no wind for the first two hours. Cruising was spectacular as we made our way into the northernmost parts of the Chesapeake Bay.

About two hours into the trip we started crossing with some extremely large barges and cargo ships, but the waves, wind and current still were on vacation. We had even opened one of the flybridge windows for some fresh air because it was like a sauna at the helm. It wasn’t until we were passing the entrance to Baltimore Harbor that wind and waves started reminding us that we are boating in late November in Chesapeake Bay. The waves were worse than the winds and after passing under the Chesapeake Bridge and turning to starboard towards Annapolis, the waves were banging our port beam all the way into the Severn River. But once we turned into the cut for the Annapolis City Docks, the waves became a distant memory and all was calm for docking. Tracy called the Harbormaster and he met us on our wall tie-up, helped us secure our lines and hook up the electrical and at 3:30 pm we were settled in for the evening in downtown Annapolis.

As we were tying up, Tracy spotted a BBQ restaurant across the way from us (one of about 15 restaurants surrounding us) and we were off for an early dinner to Mission BBQ.

At dinner, we took the time to check the marine forecasts for tomorrow to determine if we should stay here for another day, or push on to Solomons Island tomorrow. Weather is cooperating, so if we stay here tomorrow, it will be totally a selfish decision and not a necessary decision. This is definitely a nice position to be in, so before turning in for the evening, we agree to stay another day and explore. Forecast calls for sunny weather in the mid to upper 60’s tomorrow anyway.

When I get up, I get ready to call Tyler, the Harbor Master as soon as he opens the office to let him know we’d like to spend another day at the docks and is that possible. He says there’s no problem and we can stay, however we should make plans to move over from the side of the cut we’re on to the busier side because the power company is planning to turn off the power on this dock at noon today. So I tell him that we’re planning to head out for breakfast and as soon as we return, we’ll fill up our water tank and move Kailani across the cut to the other side. 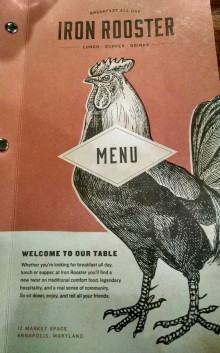 We walk less that one block to the Iron Rooster Café for breakfast. It’s a specialty restaurant with four locations, all in Maryland. The service is topped only by the food and we have a great breakfast, walk back to Kailani, fill up the water tank then call Tyler on the radio to let him know we’re moving across to the other side. Stanley comes out to meet us on the new side and we re-tie the lines, re-hook the power and we’re set for another day. Our plan is to do the guided walking tour of the United States Naval Academy. It’s literally a one block walk to the visitor’s entrance, so we get Frankie ready for some alone time, and we head over to the USNA Visitor’s Center. Just as we get to the ticket booth, a tour is heading out. The tour guide tells us if we hurry up, she’ll wait right outside for us and we’ll be able to join her tour. We run in, buy our tickets at $10.00 each for seniors and we join in on the tour. 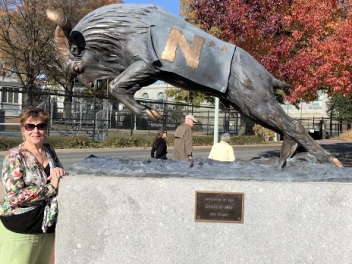 The tour of the United States Naval Academy takes us through most of the public areas of the campus, so we get to see the Athletic Center with the two replica Heisman Trophies won by Joe Bellini and Roger Staubach, the Armory-Dahlgren Hall which is decorated for the Christmas holiday,

then into the rotunda of Bancroft Hall which is the lone dormitory on campus that provides housing for the entire brigade (some 4,400 midshipmen) making it the largest dormitory structure in the world with 33 acres of floor space and 4.8 miles of corridor, 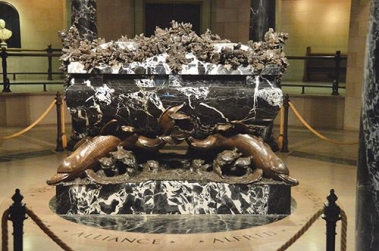 the Chapel which seats 2,200 people at one time, and under the Chapel we get to tour the Crypt of John Paul Jones, famous for his statement “We have not yet begun to fight”.

After the guided tour, we make our way to Preble Hall, home to the Naval Academy Museum. 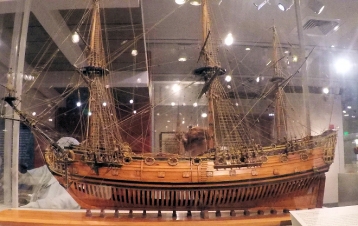 One floor is dedicated to ship models of many three master schooners and their history while the first floor is dedicated to a walk-thru of the timeline of the history of the United States Navy including every war in which the navy and or marines have fought in and all of the USNA alumnae that have explored space as astronauts.

After a full afternoon at the Naval Academy it was time to enjoy a second helping of the Mission BBQ fare for dinner. It didn’t disappoint and we left full for the evening.

Back on Kailani, we checked the marine forecast again for tomorrow’s waters and went to bed knowing that tomorrow we would be heading south to Solomons Islands, the Solomons Island Yacht Club, and Harbor Host Doug Smith.