Posted on December 8, 2017 by Nick and Tracy Civitillo

December 8th and we start the day at dock in Atlantic Yacht Basin and our destination today is Coinjock Marina in Coinjock, North Carolina. North Carolina will be our final state for the pre-Christmas cruising slate. We’ve decided to dock Kailani at Belhaven Marina for the Christmas break, so we now need three good days of cruising to get to our planned destination. Today will be the first leg and Kailani has been here before. When Tracy brought Kailani up from Florida with Geoff and Steve, they spent a night at Coinjock Marina and Tracy got me a shirt from there that says: “WhereinthehellisCoinjock?”

Today’s run will be 32 nautical miles and will take us out of the Virginia Cut, into the North Landing River, then into the North Carolina Cut. The two cuts are relatively easy to cruise, but in planning for this leg, the charts and guidebooks all express care and caution to stay in the channel when cruising in the North Landing River. Outside the marked channel gets very shallow. But all things considered, today should be good cruising conditions.

Once we leave Atlantic Yacht Basin, we’ll have three low bridges to pass. There’s one railroad bridge, which is left in the open position unless a train is coming, while to other two are road bridges and only open on the hour and the half hour during the day. These two bridges are five miles apart, so once you hit the first bridge opening, it’s relatively easy to time the second for thirty minutes later since we travel at ten miles an hour.

Tracy is the Captain today and I handle the ropes as we leave the dock at 9:50 am. Our new friends Marc, Joy and Blayze left at 8:00 am so we may not see them all day until we get to Coinjock. But we already have plans to have dinner together at the Coinjock Restaurant. Our plan for timing the bridge doesn’t work and we get to the first road bridge at 5 minutes past the hour and consequently, we must wait for 25 minutes for the next opening. As we’re waiting for the bridge, I’m keeping a lookout for other boat traffic and I spot two vessels speeding down the cut behind us. The wake from one of the vessels actually makes it look like three boats approaching, but we confirm only two boats as they get closer. The first boat to pull up behind us is a sportfisher and the second vessel (the one throwing all the wake) looks like a work tug/vessel of some kind (like maybe could be a fire apparatus vessel, etc). Anyway, we sit there patiently for the bridge tender to raise the bridge spans and let us pass. 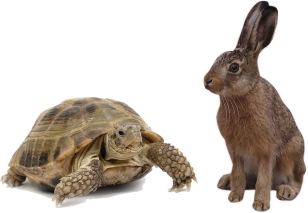 Once Tracy sees the green light signifying that it’s safe to pass thru the opening, she slowly moves ahead at no-wake speed and clears the bridge, however before she throttles up to cruising speed, the third boat (working boat) has already passed the sportfisher and is approaching Kailani on our port side for a passing. As soon as he’s completed his pass, the sportfisher is right behind him throttling up and passing us to our port. So as we get rocked around from the two wakes, we realize how nice and relaxing it is to not have a schedule. In fact, since we already know that at 10 miles per hour, we have the perfect speed to make the next bridge, we also realize that these two speeders will be right there waiting for the bridge to open, like the hare and the tortoise.

Once we’re clear of those three bridges, we have open water, but not clear skies. We should have had a partially sunny day, but what we have is cloudy and a bit rainy. Oh well, we’re dry in Kailani’s fully enclosed helm. However as we complete the passage thru the Virginia Cut and get into the North Landing River, which is open water, it’s almost foggy and visibility has been reduced to about 8 miles, so we turn on the navigation lights and the radar. Since this is a delicate passage calling for a keen watch on the channel markers, both Tracy and I monitor the instruments, chartplotter(s) and binoculars to make sure we stay in the channel. Good teamwork always pays off in boating. In fact we make the north Landing River safely until we reach the Long Point Cut entering Coinjock Bay. Kailani strays slightly to starboard and before we know it, we’re in four and one half feet of water (we draw four)! So we must remember to keep vigilant at all times.

Once we’re safely into Coinjock Bay, the North Carolina Cut starts and we can see Coinjock Marina on our port side. We call them to let them know we’re approaching and they ask if we need fuel. We let them know we’re good on fuel, but we will be looking for a pumpout and they say to pull in behind the sailboat. We interpret that to mean Coral Seas (just like yesterday) and as soon as we see them on the wall, we start to plan for our turn around to dock with our starboard side on the wall. Tracy plans to go well past the location then turn around and return back to the spot behind Coral Seas, but as she’s traveling down the length of the Coinjock wall, there’s a dockhand standing behind another sailboat waving us to that spot. Tracy decides she wants me to dock Kailani, so I take over and since I’m thinking, he just wants us here for the pumpout, I figure I’ll pull Kailani in on the port side since that’s where the pumpout valve is located. As it turns out, this is where they want us for the whole time, so we’re docked backwards, but we’ll manage. The dockhand helps us tie up and get the pumpout started. 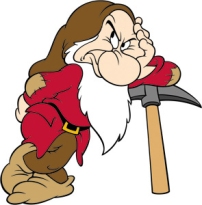 He’s apparently not in a very good mood and as I’m talking to him about going into the office to do any necessary paperwork, he just shrugs and walks away. It’s just 2:00 pm and we’re pumping out the holding tanks.   That’s a nice day of cruising.

Tracy usually handles the pumpout hose and today is no exception, however the suction is not that strong and we have difficulty getting the aft tank to empty, so we stop pumping out and figure we’ll get the aft tank pumped out tomorrow. Marc walks over to Kailani and we make our arrangements to meet for dinner at 6:00pm in the restaurant. Marc also lets us know that they made acquaintance with the boat next to them and the Johnson’s would be joining us at dinner. So we complete our post cruising work on Kailani and get ready for a nice dinner. The last thing I like to do before relaxing is to verify our next day’s goals and make reservations at marinas as necessary. So when Tracy and I both look at the weather for Saturday, we see small craft warnings for Albemarle Sound starting first thing in the morning and lasting until midday Sunday. So we make a decision to postpone our next leg and figure we’ll talk it over with Coral Seas at dinner.   We go up to the office to do a little grocery shopping and to let them know we’ll be staying until Monday. Coinjock confirms that’s not a problem and we’re now good to relax for a while.

At dinner, we meet up with Marc, Joy and Blayze and we also meet the Johnsons, Chris and Susan. They’re travelling to the Bahamas also on their forty foot trawler.

Saturday is a day of some chores and some relaxation on Kailani. Coinjock is an extremely popular stop for snowbirds and Loopers, but not because there’s lots to do in the area. We’re in the middle of nowhere, USA. It’s fifteen miles to the nearest grocery store. We go back to the restaurant for dinner tonight because we heard the prime rib is some of the best in the area. When we ask our waitress for the prime rib, she tells us we didn’t make a reservation for the prime rib, so we can’t get any. Oh well, we decide that since we’ll still be here Sunday night, we’ll put our name in now and get the prime rib tomorrow. After dinner, we walk over to Coral Seas and visit with Marc and Joy for about an hour. They went out earlier today and were able to get a rescue cat. They’re so happy with their cute little 2 month old kitten. We all agree that the small craft warnings are still in effect for the Sound, so we’ll be spending Sunday at Coinjock again. We say our goodnights and leave them to their new kitten.

Sunday morning as we’re sitting in the Salon having coffee, we see Coral Seas sail by! We jump up, go outside and find out that they’re going to chance it and go today instead of waiting another day to make this run. It’s a nice sunny morning and the water here in the cut is calm with just a slight current against them. We wave goodbye and hope they make it safely to Alligator River Marina. Today is pumpout the aft holding tank day and laundry day. Those two take up the whole day with pumpout hogging most of the time, but Tracy gets the tank probably 80% empty. We end up being Coinjock’s last pumpout of the season because they’re flushing the system right after we’re done. Prime rib dinner doesn’t work out to be as spectacular as we thought, but our bellies are full nonetheless and now we can return to Kailani and plan for tomorrow’s cruise.