Posted on April 3, 2018 by Nick and Tracy Civitillo

This is the Easter weekend and our first full day in Charleston is Good Friday. We start the day normally with breakfast and Frankie’s morning exercise. We had heard back from both Kim Russo of AGLCA and Victoria that they would be able to fit in visits to see us aboard Kailani. Victoria said she would be by at 10 am to pick us up and bring us over to JA’s Café in Mount Pleasant for lunch and Kim Russo confirmed that she could stop by at 3 pm so we have a full day of friends visiting.

As we’re preparing for Victoria, we get a text from her saying that something has come up and she will be a few hours late, but that we should still have time to go for lunch and get back by 2:45 pm.   She shows up at 12:10 pm and we load into her car and off we go to Carpentier’s Wine and Dine Deli in Mount Pleasant where JA is ready to prepare us some lunch. As soon as we’re all loaded in Victoria’s car and driving, Victoria tells us the reason she’s running late is that this morning, JA made a firm decision to run for State Representative in the upcoming elections and had to go to the county seat for paperwork. So they’ll have a busy year ahead as they prepare to take over ownership of the deli and run a campaign for election. Well they both have enough energy to accomplish both and we wish them the best of luck.  Who knows?  Maybe we met a future president?!?   -tc    Lunch is fabulous and JA makes us some great sandwiches. During lunch we talk over the possibility of them cruising with us to Beaufort at the end of the week and a plan starts to form for leaving St Johns Yacht Harbor on Sunday, cruising halfway and anchoring out, then we all wake up Monday and cruise the rest of the way to Port Royal Landing where Victoria and JA can have a car staged there for their ride back to Charleston. Everyone gets excited about this plan and Victoria drives us back to Kailani so we can prepare for Kim’s visit. Victoria walks back to the boat with us so she can get a feel for the size and space and she is just leaving when Kim Russo shows up.

Kim is right on time even coming from the AGLCA offices in Summerville and going thru Charleston traffic (it is a bit lighter today being Good Friday). Tracy give Kim the tour and we talk for nearly an hour about our story, happenings in the AGLCA, other members we have met along the way and the upcoming event in Canada which has just been announced earlier today. We also learn that our good friend Mike Martin who represented us in the purchase of Kailani now lives full-time aboard his motor yacht in Charleston. So we will have to try and look him up to say hello. He also just completed the loop in 2017 so he may have some good pointers for the journey that we can glean from his memory. After Kim leaves we relax and I fry up some bun-less cheeseburgers for dinner and we relax with some internet surfing and reading before turning the lights off on another day at sea aboard Kailani.

Tracy was reading the local newspaper and found an advertisement for a comedy bus tour that runs through the streets of Charleston two different times a night on Fridays and Saturdays. So Saturday morning we call for reservations for this evening’s 7 pm show only to find out that it’s sold out. Too bad, that sounded like a fun time. Oh well, at least we’re able to get tickets for the 2:30 pm ferry to Fort Sumter. So we start the day borrowing the marina’s courtesy car for a trip to Lowe’s to get some wood for a project that Tracy has designed for managing the vee berth insert in a more organized fashion.  Pictures to follow of before and after project in future blog   -tc   After returning with the wood, Tracy confirms that we will be able to borrow the vehicle again for the trip to the Fort Sumter ferry since nobody else has asked for the use of the car.

This makes our afternoon arrangements much simpler as we will not have to use Uber for the rides to and from the ferry. It’s a nice perk to stay at marinas that provide courtesy cars for transient usage. So we leave at 1:40 pm for a twenty minute ride to the 2:30 pm ferry. Sounds like good planning huh? Well the ferry company has two launch locations with one being on the east side of Charleston, right next to the Aquarium and the other is across the river in Mount Pleasant right next to the USS Yorktown aircraft carrier. Tracy plugs in the directions for the ferry and I’m driving the vehicle when suddenly, we’re going over the iconic Arthur Ravenel Jr. Bridge heading towards Mount Pleasant and I sense that this isn’t right as we should have stayed in Charleston proper instead of going over the bridge. We realize that Tracy GPS is taking us to the wrong terminal, so we turn around as soon as a street provides the turning and head back to Charleston.   I have to admit…it was not the GPS fault.  I entered the wrong ferry.  -tc    By the time we park the vehicle in the parking garage and walk to Liberty Park we are at the ticket booth at 2:25 pm to pick up our tickets and the five college guys in front of us as for tickets and the guy behind the counter tells them they are getting the last five tickets available for the 2:30 ferry!

It’s a good thing we had pre purchased our tickets, and the ferry is still disembarking passengers so we’re not too late. Tracy still has to calm me down while we’re waiting to board.  He was freaking!  Nick can be a majorly anxious dude if he does not get to things early.  We even had to wait, so we were fine.   -tc

The ride across the harbor is a bit cool even though the weather has been nice today. We are nevertheless prepared as we live on the water, so other people are in shorts and short sleeve shirts getting a bit cold while we are wearing light overcoats to keep warmer. Tracy strikes up a conversation with a nice young boy travelling with his family to visit the fort. They talk for nearly the entire harbor crossing.  I miss kids around!  We talked about slavery and Joseph Small’s courage during the Civil War.   -tc

Once the ferry docks at the island and we disembark to Fort Sumter, we are led into the yard of the fort where there is a Park volunteer who provides a short speech about the ways of life during the Civil War here at Fort Sumter which is famous for being the recipient of the first cannon fire of the war as the Confederates took the fort from the Union, then for being subjected to the longest siege in US war history ever! The fighting and artillery fire from the Union went on night and day from September 1863 to February 1865 as they tried to retake the fort from the Confederates and effectively close the shipping route for the Confederates of supplies into Charleston. 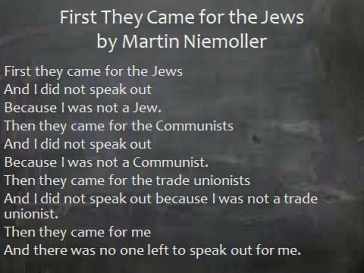 I also lost my purse somewhere along the way and when I call the Park service to see if they had found it (no, they had not) I also left a message for the head of volunteer service at the fort.  He called me back and explain what I had hear.  He said he had heard about it already from the rangers and he was sorry I was upset and thank you for calling.”  -tc

We made a quick stop at Publix on the way back to the marina and picked up a few items to get us through the next couple of days. We’ve already heard by this point that Victoria and JA will not be able to accompany us for the journey to Port Royal for religious commitments tomorrow (Easter Sunday). So we have decided to stay here all day tomorrow and make a one-day sixty nautical mile trip during high tide on Monday.

We’re back on board Kailani by 6 pm and there’ still nearly two hours of daylight before tonight’s blue moon.

Easter Sunday in Charleston! We decide not to hide any Easter eggs for two simple reasons: 1. We know every spot on the Kailani very intimately and 2. We’d both forget we hid them (LOL). Instead Tracy makes a nice pancake breakfast with sausage and the day starts turning out to be a beautiful day weatherwise. For the first time since last October in Connecticut, I wear shorts and a short sleeve shirt!

We do some simple projects around the boat getting her ready for tomorrow’s long trip. I add some oil to the starboard engine, and check all the other fluids. While Tracy works on some cleaning projects she’s has in mind to work on. Mid afternoon, our slip neighbors showed up for the first time since we’ve been here. Their sailboat has been tied up but they were in Charlotte so when they arrive, we meet each other and spend three hours showing off each other’s boats. They will take some sailing classes soon, then head off to the Bahamas. They are accomplished sailors from sailing twenty five footers on Lake Norman in North Carolina for years, but they want polishing up on docking, mooring, close quarter maneuvering, etc with a fifty foot sailboat. So they have wisely decided to get some valuable training. After wishing them a good evening, we settle in for some macaroni to eat while watching the much anticipated live version of Jesus Christ Superstar. Tracy has her little area set up right in front of the TV for close watching. Unfortunately, the format gets very tiring as they go to commercial(s) after nearly every song, so the flow stinks.   Sooooooo disappointed!!!!  Did I say DISAPPOINTED?    -tc      We finally decide that this is not entertainment and turn it off as Tracy says, “we’ll just watch it on You Tube!” Oh well, we really want to get to bed early tonight anyway because we have planned the 60 nautical mile voyage to Beaufort, SC for tomorrow’s high tide(s) so we set our departure for right around the 7:09 am sunrise. That will give us the most high tide deep water of the day.